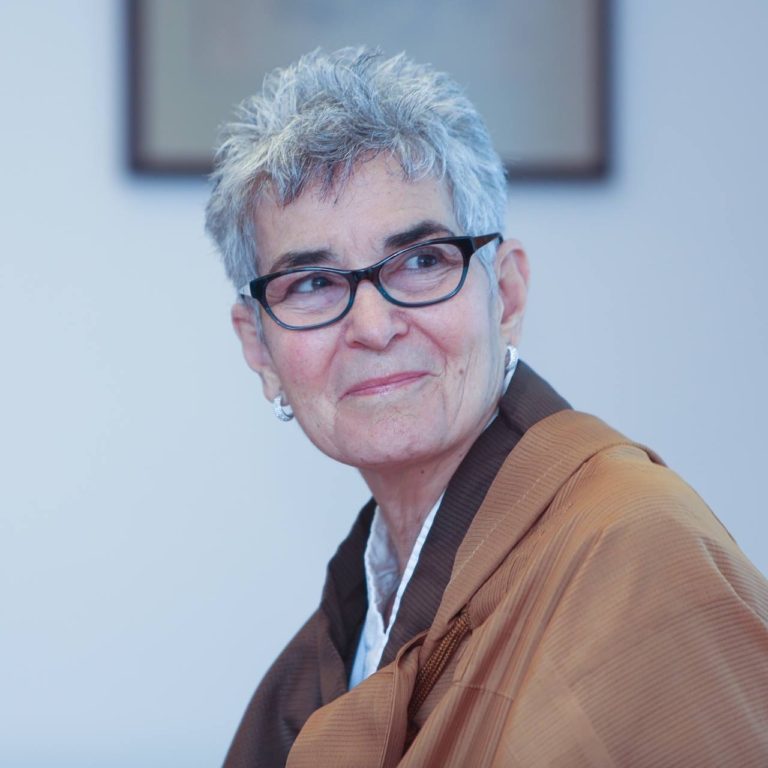 Grace Schireson is a Zen Abbess, president of Shogaku Zen Institute (a Zen teachers’ training seminary), and a Clinical Psychologist. She received her doctorate in Clinical Psychology at the Wright Institute in Berkeley, California. She founded two practice centers and a retreat center under the Central Valley Zen Foundation.

She is the author of Naked in the Zendo: Stories of Uptight Zen, Wild-Ass Zen, and Enlightenment Wherever You Are (Shambala Publications, November 2019), Zen Women: Beyond Tea Ladies, Iron Maidens and Macho Masters (Wisdom, 2009), and edited Zen Bridge: The Zen Teachings of Keido Fukushima with Peter Schireson. She has published articles in Shambhala Sun, Buddhadharma and Tricycle magazines and has also been anthologized in many Zen books, including The Book of Mu, Receiving the Marrow, and The Hidden Lamp as well as in a book on spiritual training: The Arts of Contemplative Care.

Grace is a Dharma teacher in the Suzuki Roshi lineage empowered by Sojun Mel Weitsman, abbot of Berkeley Zen Center. She has also been empowered to teach koans by Keido Fukushima Roshi, chief abbot of Tofukuji Monastery in Kyoto Japan. She has been married for over 50 years, and lives with her husband, the poet Peter Schireson, in New York and California. She has two grown sons and four grand-children. Dharma at the Movies – “Chicano! A Struggle in the Fields”